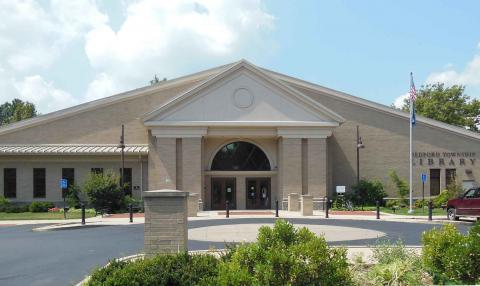 The first recorded library in Bedford was 1876 in the home of Joseph R. Rogers, Bedford Township Clerk.  It was located on Lewis Avenue close to the current Zeiler’s Farm Market.  The Library history continues as recorded in One Hundred Years of Library Service to Bedford Township by Charlotte Felsted and Marie D. Chulski Sowa (1981).  From the days of a rotating collection of 359 books, circulated from private homes, the Bedford Library has grown into a bustling branch housing over 100,000 items.  The Library Serves as a community center too – hosting a wide variety of programs offered free to the public.

In between these extremes, lies over 130 years of growth and development, the greatest portion of which occurred during the last 25 years.

Bedford’s library service in 1968 consisted of two separate crowded branches­, one in Temperance and one in Lambertville.  A group of interested citizens formed to study the existing libraries and develop a plan for expanding services to the community.  This Library Advisory Committee studied, toured other libraries, and planned for two years before offering a proposal for a new “centralized” library to replace the Temperance And Lambertville branches of the Monroe County Library System.  Funding was secured through a federal Library Services and Construction Act grant and the new 6,000 sq. ft. building was opened on April 28, 1974.  By 1985, it was evident that the Bedford Library was outgrowing the 1974 facility as well.

Plans began in earnest to double the public service space as well as renovate and insulate the existing library.  In August of 1986 a bond issue of $600,000 was passed by a margin of 2 to 1.  This renovated and expanded library was opened in May, 1988, more than doubling the total square footage (to about 14,000 sq. ft.).

Opening in May of 1988, the expanded Bedford Branch was an immediate and ongoing success.  Information and entertainment became available in new formats such as the videotape and audio book.  By the mid-1990s, information and entertainment-based videos and cassettes accounted for 1/3 of Bedford’s circulation and the introduction of computer stations in the library created an even busier branch library.  Community events such as Bedford Township’s Christmas Tree Lighting, Arts For Our Future Art Show, and Bedford’s Herb Day and Garden tours became annual events at the Library, ­just a few examples of the Library’s commitment to partnering with community groups/organizations.

In 2002, the community again found the Bedford Library “at capacity”, often filled to the brim with patrons of all ages.  Study tables and casual seating areas were often unavailable.  Space was limited for programming as study tables and additional bookshelves purchased over the years had used up all of the open floor space.  The Local History and Reference room had no space to house additional resources and materials.  Circulating books and other materials, filled the regular shelves as well.  Demand for computers for up-to-the minute research, to access the Internet, check e-mail. Or for word processing was ever increasing.  DVDs became another “instant hit” at the Library, vying for already limited space on the shelves.  Reading initiatives, both on the local and national level, brought even more traffic into the library.

In August of 2002, Bedford residents approved a 3/4mill levy proposal which again would double the size of the Bedford Branch.  Responding to community surveys  public demand, and taking advantage of information gleaned from an architectural study, the new 15,000 square feet combined with the existing 14,000 square feet Bedford Branch Library, provided additional study space and a community room. The renovation also expanded the storytime and youth area, and created more room for computers, shelving, and a larger local history room.

The renovated and expanded facility opened in December 2004 to rave reviews. Bedford quickly became and remains Monroe County’s busiest branch library.  Use of the facility in its first year of operation saw circulation increase more that 30 percent, and it has continued to hold at around 300,000 items circulating per year.  The addition in 2010 of ebooks and downloadable audiobooks increased circulation further. Programs and meetings held in the library continue to bring new community members in.  During 2012 community groups and organizations using the meeting rooms totaled over 12,000 people, and nearly 11,000 people attended library programs at the Bedford Branch Library. Public computer usage for 2012 was 50,589, with countless additional people using their own devices with our free wi-fi.

Mr. Ansted would be proud.

Contact the library for further information, opportunities to volunteer, or for donations to the collection.

To request scans from any of the featured collections, please contact the Bedford Branch Library using the Ask A Librarian form or contact us at 734-847-6747.

Check back often for more indexes and collections.

The memory Tree was conceptualized by the committee for Celebrate Bedford.  This committee was founded by combination of people who live and/or work in Bedford Township, and is meant to serve the families of this community – specifically those families who have lost a child. 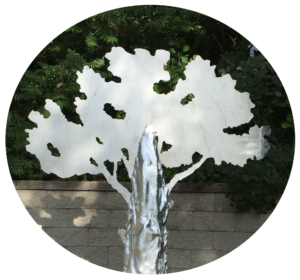 About the Memory Tree

The purpose of the Memory Tree is to provide a place of quiet contemplation for family members and friends of the young people who have passed away in their youth – a place where loved ones can peacefully reflect on the memory of the person they have lost.  The Tree represents the community’s support of our grieving families.

The Bedford Memory Tree is “planted” on Bedford Township property at the Bedford Branch Library in the children’s garden. The garden is maintained by volunteers. If you are interested in helping to maintain the garden, please contact Jodi Russ, Community Librarian at 734-847-6747.

There will only be one leaf per person.

Donations will gladly be accepted so that we can continue the ability to provide and engrave leaves as requested. Please make donations payable to Bedford Community Foundation.  Be sure to note Bedford Memory Tree Fund on your check and mail to:

Buy a brick – Mark your place in Bedford Township!

Organizations that Meet in the Library