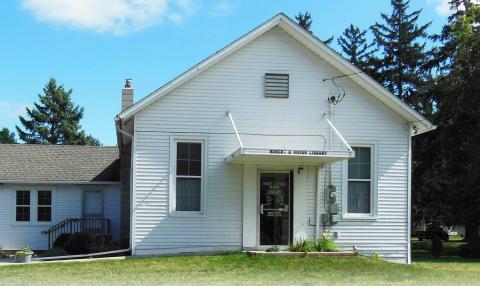 The library was named after Robert A. Vivian who served as Frenchtown Township clerk for 26 years, from 1942 until his death in 1969.

The building we now call the library was built in 1910, with the backroom being added in 1957. The facility has served several purposes since 1910. At one time, the building functioned as the township hall. This structure also served as a voting precinct and meeting hall for township residents. When the building was renovated in early 1975, it became the 2nd library in Frenchtown township, with the first one being Frenchtown-Dixie on Nadeau Road. The Blue Bush Road Branch Library followed in 1986.

Mary Daume was the director of the Monroe County Library System in 1975 when the R.A. Vivian Branch Library opened. Mrs. Edythe Anne Philippart was the 1st librarian at the branch. She was followed in 1981 by Dawn Shock. Librarian Jane Steed took charge of the three Frenchtown libraries in 1999 and Patt Boitnott became the branch technician at the Vivian Library. Patt continued to run Vivian Library until she retired in December of 2018 at which time Diana Martel became the branch technician in February of 2019.